This weekend was big in terms of production.  Nicole and I set out to “start” the fence, but ended up going balls out and finished almost all of it.  There is just a small section on the other side of the yard to complete but the majority, the large side, is now finished.  We had never really done anything like this, so it was a totally fresh experience.  I have to say, it went as smooth as it could have possibly gone.  I started putting the posts in, while Nicole blasted the concrete blocks with a sledge hammer that were remaining from the original patio walkway that came with the house.  It was super thick so this was the only way.  The rest of the process was pretty easy.  We didn’t have to use a post digger, home depot sells these 3 foot spikes that the beams set into and then you bolt them in place.  They are heavy duty and sort of expensive, but they made things pretty easy and we only needed a few.  We used 2×4’s to go across the fence.  I saw a guy at Home Depot who was also getting fence supplies, he suggested using them over anything else for the strongest, best quality build.   Putting the actual fence portion up was not really the challenging part.  The hardest part was creating the gate door.  I was able to YouTube a video that Lowes had created about how to build a gate.  It gave me some really good pointers and suggested that you build the gate right onto the fence, then once its built, you saw off the extensions that were holding the gate to the fence.  I still had some issues and needed to shave down the door a bit to get it to comfortably close.  In the end, gate came out nice, and its super heavy.  Phase 1 of our back yard transformation is now just about complete! 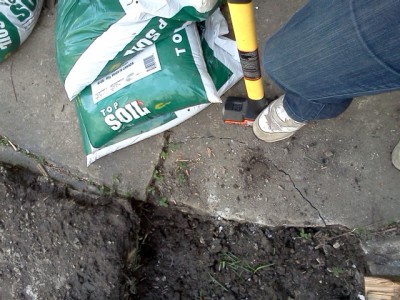 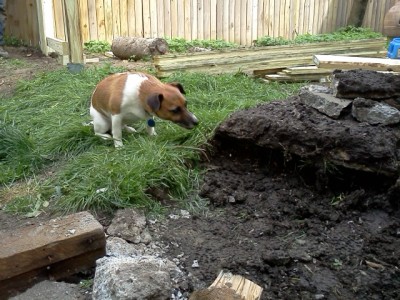 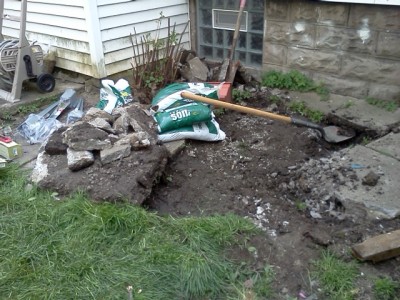 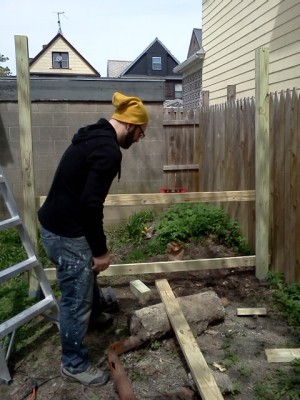 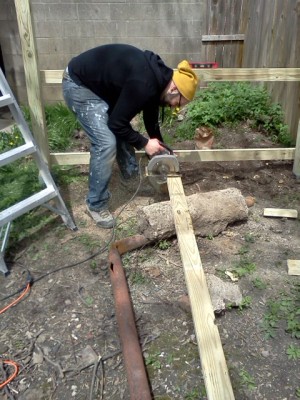 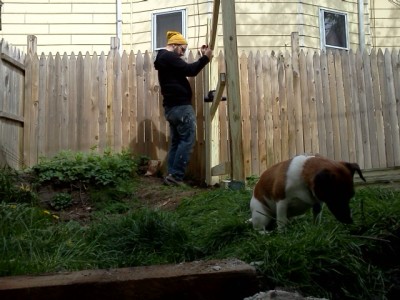 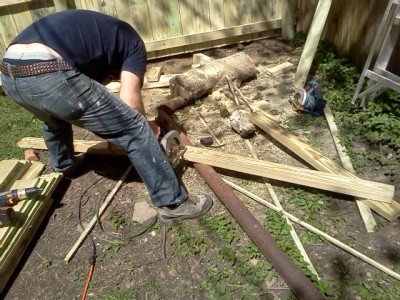 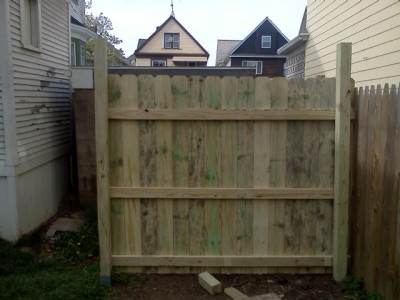 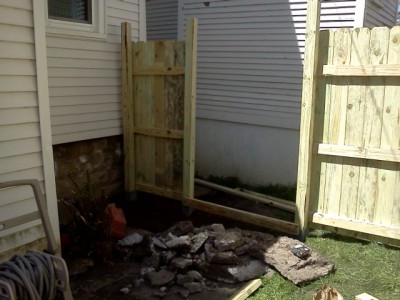 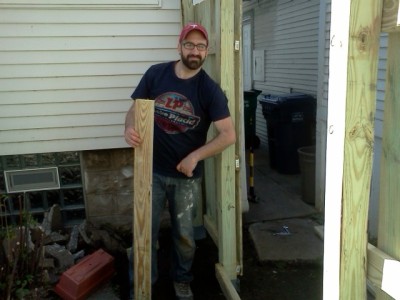 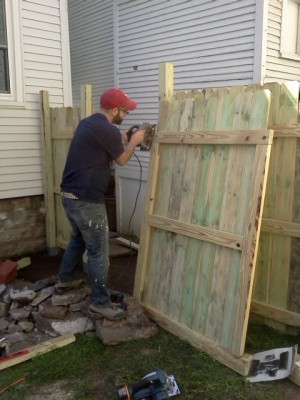 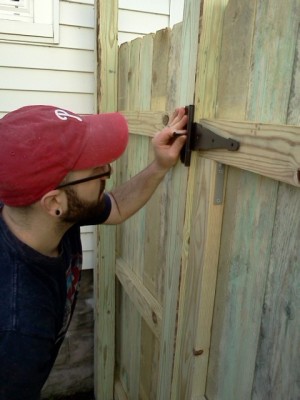 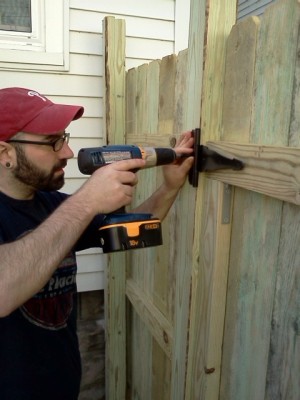 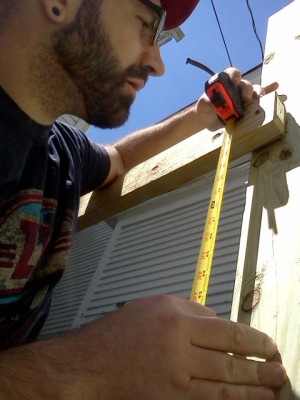 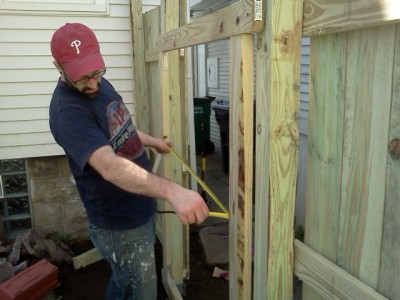 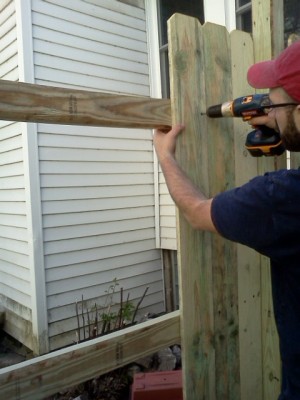 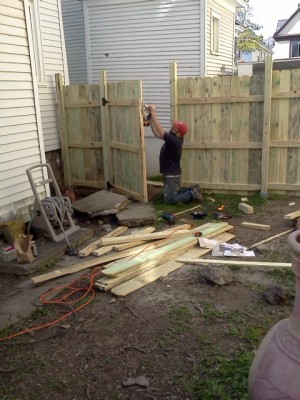 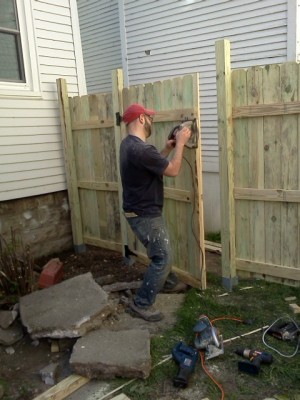 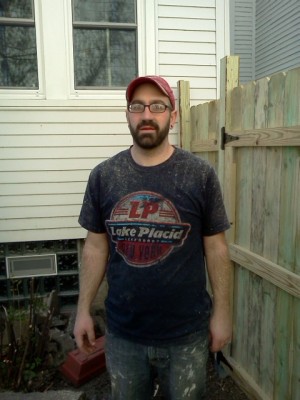 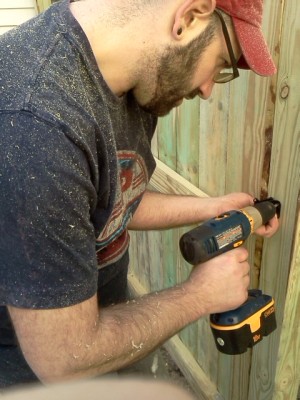 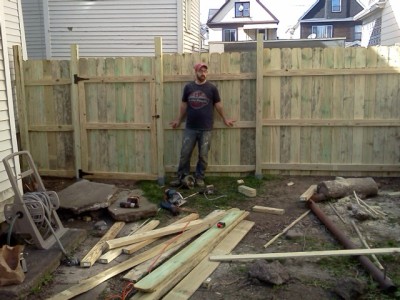 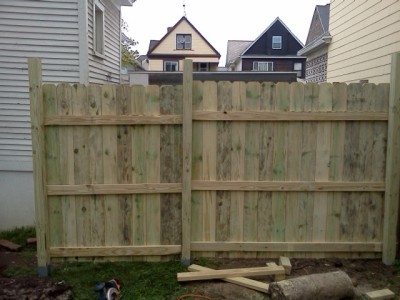